Every homeowner that hires a handyman will wonder if they’ve hired the best handyman for the job. It’s bound to happen and even causes some people to hesitate or worse, let an important project go because they aren’t sure how to get the right man for the job.

If you hire the wrong guy, he’ll botch it or worse…not even finish. It happens. So how do you fix this problem of hiring the right guy for the job? I’m going to attempt to answer that in this article.

I’ve been wanting to communicate how choosing the right handyman matters to both the homeowner and to the handyman they hire. This is a topic I’ve been kicking around in my head lately.

Let’s delve into why someone becomes a handyman in the first place:

I think maybe lots of handymen must wonder why they do what they do. I know I have. After all, what possesses anyone to repair a toilet one day, and repair a roof the next, all the while maintaining a respectable degree of knowledge in both areas? Not to mention in all the other areas they need to know a thing or two about.

Homeowners need to know which handyman they hire is important to them because any given handyman can only be exceptional in one or two areas. Not every single one. Here’s a big tip: You may want to have the contact number of more than one handyman.

I think maybe sharing a little of my personal history might help…I think my handyman roots go way back to my child hood and the habits I developed with mechanical things. Well, more about that later on… 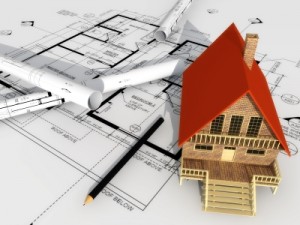 Asking The Right Questions Of Your Handyman Matters!

Knowing how important it is to ask the right questions comes to mind since I recently helped a family interview four separate handyman service companies for some partial renovation work. They asked me if I could show the handymen the work they wanted quotes on and answer questions the prospective handymen might have so they could turn in accurate bids.

I don’t normally get an opportunity to talk with other handymen or ask them questions or collect bids so I jumped at the chance. I learned from the experience that you’ve got to ask the right questions!

Wow! And I must say, it was an eye-popping experience. I was really amazed at two things in particular;

First, two out of four different handyman services required at least two people just to come and look at the relatively small bathroom wall repair, paint job and grab bar installation. One “team” was made up of a father/son handyman service, but interestingly enough, came to the house but didn’t knock on the door for over 30 minutes until a third person, a well-dressed lady showed up. The three of them went in together and looked the job over, left and stood in the front yard for another thirty minutes in discussion before they left – in separate cars.

Another crew was an apparent husband/wife team, and they both actively asked questions and took lots of notes. The other two handyman service companies were lone men – much like myself when it comes to my own handyman business. Whoa! Hiring the right handyman really does matter!

Second, I was blown away by how varied these guys’ approach was. I asked one handyman a question about the height of a grab bar in a tub enclosure (which is, in case you don’t already know, a device for aiding handicapped and the elderly particularly in areas like the bathroom). His response was a confident “four feet off the ground”. Not even close, but well, he made it sound good anyway. 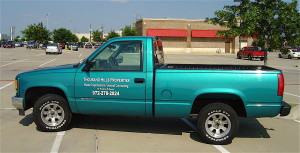 My truck markings in around 2010. Geez, I wish my truck still looked that good!

Okay… Well, anyway, back to what kind of person becomes a handyman and why choosing the right handyman matters…I think I was around 6 or 7 years old the first time I tore apart a radio. Hmmm…it could’ve been a TV… I’ve taken a few radios and TV’s apart in my life. I don’t recommend taking apart old tube televisions. That’s where I got my first real taste of electricity.

To this day, I’ve never actually repaired a radio (or TV for that matter), but the handyman seeds were being sown early on. Healthy curiosity about how stuff works is high on the list of what makes a good handyman. In my curiosity about how TV’s work, I did learn that an old television doesn’t need to be plugged in to get a good shock from it. I don’t know about new televisions. I’m not a TV repairman.

A Great Handyman Enjoys Being A Handyman

In my early teens I discovered a really true enjoyment from working with wood. I first began buying speaker components and building cabinets around them. I made my first set of speakers at 14 years old. I probably built around a half dozen speaker cabinets before I was twenty. Then at 19, I built some custom shelves in a closet in my parents home that are still there over thirty years later.

My first house was a HUD home and the work required to fix it up didn’t faze me one bit. A few years later I sold that house and made a tidy profit on it. More seed was sown. I never had any doubt that being a good handyman matters, if you want to do something right.

The point is, that I think some people just have a knack for becoming a good handyman and deserve to make a good living at it. There are plenty of people out there who are not really cut out for it, but do it because it’s a fairly easy business to get started in, as businesses go.

If you happen to be looking for a handyman service in your area, do ask questions and see what makes your handyman tick. A talented handyman is a very good thing to find and if you are persistent, you can find a great one.

So, I think a good handyman is someone with some degree of creativity who has a knack for understanding mechanical things, has spent a heck of a lot of time learning a lot about many different things…and likes fixing them. I’m not covering the range of prices I saw for the exact same work, which was quite a spread, but you can read some of my thoughts about that in this article. Read that article and you’ll see that hiring the right handyman matters.

Oh, and the correct height for a grab bar in a tub enclosure is 33″ to 36″ from the floor, according to the 2010 ADA Standards For Accessible Design. And, when a second bar is installed for in-tub seated showering, that one should should be 8″ to 10″ above the rim of the tub.

I’ll stick with that.

The big takeaway here is that you need to ask lots of questions. You need to hire a new handyman for one small project and get to know him before you contract with him to do something major. You’ll both be better off. Some handymen will take on a project they don’t know how to do just to get the job.

Don’t let that happen to you.

Previous Post Choosing A Small Dehumidifier For Your Home Next Post Grab Bars For Bathrooms: Three Important Things To Know Before Installation